To : The Honorary Mrs. Krista van Velzen Member of the Dutch Parliament, Socialist Party Mr. Guido van Leemput Staff of the Socialist Party Faction in the Dutch Parliament, (Medewerker Tweede-Kamerfractie, Buitenlandse zaken en defensie) Dear, Mrs van Velzen Dear, Mr. van Leemput Mr. Jeffry Pondaag, Chairman of the Committee of Dutch Honorary Debts, Section Netherlands (Afdeling Nederland) has informed me about the meeting with you in Den Haag on February 1, 2006. I would like to take this opportunity to explain that the objective of the Committee of Dutch Honorary Debts’ activities is not to exact revenge on the Dutch people; but on the contrary, our aspiration is to achieve reconciliation – a reconciliation with dignity – both between the Indonesian and the Dutch people, and between the Dutch veterans who were taking part in the military aggressions in Indonesia between 1945 – 1950 and the victims or the widows/families of the victims of the military aggressions. To be more precise, the aim should be a Truth and Reconcilliation act, which denotes that all the facts on what really happened should be revealed in the spirit of honesty and truth seeking. Those who gave the orders that brought upon damages and sufferings should acknowledge their deeds, apologize to the victims and take the responsibility. What we comprehend today is that many (even though not all) widows and families of the victims of Dutch military aggressions have accepted the history as their fates, as God’s will, as Allahs’s will. But as their difficult lives in consideration, they would be very grateful, if in their old age, they could receive financial support to recompense the long sufferings. Most of the victims were villager and farmer. In the farmer world, the husbands or fathers are the backbones of the family. The killings of the family backbones were paramount to their destiny and marked the beginning of the long sufferings. On August 16, 2005 in Jakarta, the Dutch Foreign Minister Mr. Ben Bot said that: “… In retrospect, it is clear that its large-scale deployment of military forces in 1947 put the Netherlands on the wrong side of history. The fact that military action was taken and that many people on both sides lost their lives or were wounded is a harsh and bitter reality especially for you, the people of the Republic of Indonesia. A large number of your people are estimated to have died as a result of the action taken by the Netherlands. On behalf of the Dutch government, I wish to express my profound regret for all that suffering …” These words, which recognize, that “…the Netherlands on the wrong side of history…” and “…a large number of your people are estimated to have died as a result of the action taken by the Netherlands …” should actually have logical consequences, among others to take the responsibility for the damages that resulted from the “large scale deployment of military forces” which none other than a military aggression against the sovereign and independent state, the Republic of Indonesia. Although, it was a half hearted recognition, because Mr Bot said: “… Through my presence the Dutch government expresses its political and moral acceptance of the Proklamasi, the date the Republic of Indonesia declared independence…” It was yet only a de facto, and not de jure recognition. In an interview with an Indonesian Television on August 19, 2005, Mr. Bot said, that the recognition was given only once. His exact statement was : “…so the transfer of sovereignty took place in 1949…” It was the recognition of the “United States of the Republic of Indonesia” (Republik Indonesia Serikat – RIS) on December 27, 1949. The RIS has been dissolved on August 16, 1950, thus the RIS existed less than one year. So we urge the Netherlands Government to recognize the Indonesian Independence Day was on August 17, 1945. Our aspiration of reconciliation is not about forgetting what happened in the past. Nor can it be achieved if through lack understanding of the backgrounds and the rationale that purported the human rights abuses, crimes against humanity and war crimes. In my opinion, not only the Indonesian civilians were the victims of Dutch military aggressions, but the Dutch soldiers who have been sent to Indonesia to execute their commands were also victims of the Dutch’ mistakes in exercising policy that “put the Netherlands on the wrong side of history.” And not forgetting the “Indonesië weigeraars”, thousands of Dutch young men who refused to take part in the war in Indonesia between 1945 – 1950, and therefore were imprisoned for many years. On December 19, 2005 in Den Haag, I also met Mr. Jan Maassen, one of the Indonesië weigeraars. We would like to invite Mr. Maassen and other Indonesië weigeraars, to come to Indonesia. We are planning to organize a reconciliation in Rawagede on December 9, 2006. As you may notice, on December 9, 1947, Dutch military killed 431 civilians of the village Rawagede. Of these victims, 22 widows and around 160 families of the victims are still alive today. I have met many of them, and as I have mentioned above, they have accepted what was happening as Allah’s will. They have no hate or anger against the Dutch people. Many of them have no objections to meet the former perpetrators, but this occasion should be well prepared and organized. Thank you for your kind attention. With best regards, Batara R. Hutagalung Committee of Dutch Honorary Debts Cc to: 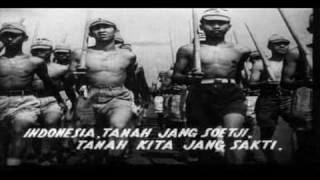 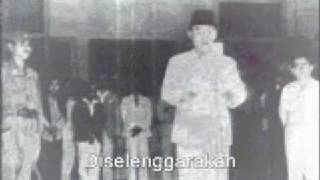 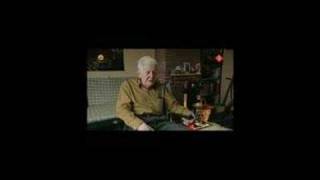 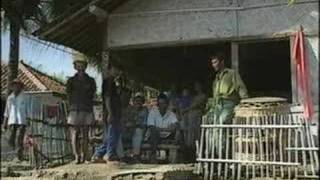 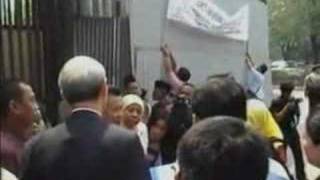